With his rhythmic vocal chops and romantic builds, Super Duper is establishing a name for himself in the melodic electronic scene. If you’re an avid listener of Jai Wolf, Big Wild or Odesza, then Super Duper is right in your neighborhood of music.

Drawing inspiration from hip-hop, 80’s, and 90’s music, Super Duper generates a new wave of future bass. His latest EP, appropriately titled: VHS embraces these eras of music and cohesively bridges these styles together. The five-song collection is an instrumental piece produced without lyrics. VHS says so much without saying anything at all. Super Duper carries an emotional touch within these songs that will evoke feelings of warmth, love, loss, and hope. Already he’s released numerous singles, two EP’s, and just wrapped a tour with French prodigy Petit Biscuit. We’re very excited to see what’s next for Super Duper. 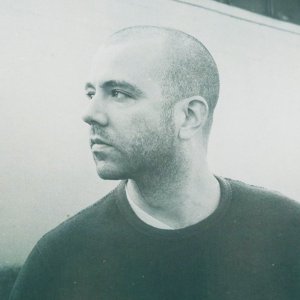 Listen to Super Duper’s recent stirring single, “Vessels to You” as you enjoy our exclusive interview after his show in Los Angeles at The Fonda.

Welcome to Los Angeles! I know you’re visiting from Nashville, are you originally from there?

I’m from Tennessee, originally east Tennessee. I’ve been in Nashville for about 6 years, so I claim it as home. It’s a good place to have a chill normal life. Still has a music hub. Country will always be king there, but I am from a small little group of people wanting to do anything but country. You know pop/electronic music in Nashville. And it is starting to happen, needs to grow a little bit more. But, it’s kind of nice to be a big fish in a small pond.

Yes, definitely. I was just going to mention the genres in Nashville seem to be predominately rock/country. So do you have any electronic venues or spots that you like to go to in Nashville?

There used to be a few electronic venues that closed sadly. So now, the venues are kind of generic, they’re going to host anything and everything. Which is kind of good, so the bigger rooms that are mostly reserved for rock or country are now going to do edm shows and pop shows. It is kind of a nice mixed bag wherever you go.

Do you have any specific places in mind?

Probably my favorite venue in Nashville is The High Watt. It’s a small room but it’s nice because it’s intimate, and you feel like it is packed out. Also love Exit/In; it’s kind of like a classic venue. Tons of comedians have gone through there. There’s also all these bands’ names on the wall. So it has a lot of history to it.

OK, lets talk about your music! How did you get involved with producing music? Who or what inspired you to create a futuristic/melodic style?

I didn’t start off in music producing. I started writing music for commercials, and did that for about 7 years. I was working out of a music house in New York and just cranking out tracks like every single day. I loved it, and it really taught me a lot about audio production. But I wanted a creative outlet that was specific to me and what I was into; not just something the client wants.

So I started the Super Duper thing. At first I didn’t take it very seriously; it was just beats essentially. But then I discovered the Soundcloud world and fell in love with that. I saw so many people taking their instrumental music seriously, and it really inspired me. I think a specific turning point was when I heard the TNGHT EP with Lunice and Hudson Mohawke. Heard that, and was like “wow this is so compelling, I love this.” I also grew up playing in bands with some more indie-rock kind of lanes. I’ve always been a fan of M83, AIR, and Sigur Rós. So I thought it’d be really cool to take TNGHT, like have really awesome beats, drums and combine it with something more emotional. I tried to find my own lane with that weird blend.

Really cool. Do you play any instruments?

I can play piano, but I would never be like ‘I am a keys guy.’ But I can write really well. So I would say the computer is my instrument. I know that is kind of cliche, but that is the truth. You know, I can play keys, I can play guitar just enough.

So are you making melodies from the keys or the guitar, or what is your creative process like? What programs do you use?

I use Logic to write, but my creative process changes. For the most part, I am sitting down trying to find a sound that inspires me and then I go from there. So usually I am going through vocals samples, then I find a synth, and then I’m like “okay that’s where this should go next.” I just need a starting point, then I react and write around that.

Got it! So after releasing numerous singles, and VHS being your second EP; how would you describe this record? What type of feelings do you want listeners to take away from it?

For the VHS EP I wanted people to feel nostalgic. I feel like that term is thrown around a lot but I wanted it to be specific to me. So I love 80’s music but I also really love 90’s music. So if I could kind of push the needle forward a little bit and bring that music into it, that felt really fresh and inspiring.

I really wanted features on the songs. I wanted to get some vocalists but it just never worked. So now it feels more like a cohesive package with all these songs together.  It’s more mellow, there’s not big drops that are going to work in a club setting. It’s more like headphone music, but for me that is what I resonate with. That’s what I listen to on a daily basis. So it was kind of a project for me, I guess? But I’m glad it is resonating with someone.

Yes, definitely it resonates with me and the rest of your fans. I know there aren’t any vocals but the music already makes you feel something automatically. Sometimes you don’t need lyrics. So we just got to see you perform live. Is there anything you’d like to share to your fans, that haven’t seen you live, about your performances?

Thank you, I appreciate that. If you haven’t seen me live, I guess I would describe it like this: I do a little bit on stage as far as musicianship. I try to have a drummer with me, so if you’re looking for ‘hey you better impress me’, then watch the drummer. But if you’re there to have a good time, then watch me dance around and get into it. I can’t actually help it; playing on a huge system, it is hard to restrain myself. Haha.

I try to play a few synth leads, and trigger some vocal samples that mix in and out of songs to have it sound more like a DJ set. But I’m playing all originals. So, I’m trying to make it my own unique thing.

That’s cool. I could already feel the energy from you. It was very receptive back and forth between you and the crowd. So going off that, how did you get to be apart of Petit Biscuit’s tour?

Honestly, I think it’s just mutual fans of each other’s music. You know he’s all the way over in France but that is the amazing part about Soundcloud. You connect with people you never even met before but Soundcloud kind of brought everyone together in this community of electronic music. So yea, he was a big fan of one of my songs, it was time to tour, and it worked out.

That’s awesome. Are there any artists right now that you would like to potentially collaborate with?

Yes this guy, he goes by Jim-E Stack. Really, really cool. Again I hear some 80’s/90’s influenced in his music. He has a track with Charlie XCX, but for some reason not a ton of people have heard of him yet. He is still under the radar. But he is amazing.

And then I always would love to work with Sasha Sloan, she’s amazing. Her melodies, her top lines are incredible. Yea those two people would be my top choice, for sure.

Cool, well I hope we get to see something like that, later down the line. And finally the last question is how did you come up with the name Super Duper?

Yes, so in college. I was in a small college town: Murfreesboro, Tennessee. I wanted to throw a party for Halloween, but didn’t want a bunch of folk singer-songwriters. I love singer-songwriters, but it’s not really a party vibe. So I knew a rapper, my roommate was a drummer, and I made beats. So I was like guys lets come up with a hip-hop group. Just for fun for the party, just to make sure everybody has a good time. So we put it together in a week. We wrote 5 songs, rehearsed them in a week. Then I was making a flyer and was like “oh yea, we don’t have a name, Super Duper, cool lets go.” So we did it, and it was a ton of fun.

Afterwards, I was like guys we should totally do it. We should make this a real thing, but no one was into it. So after that I was like ‘alright,’ then I kind of revitalized it a few years later. It’s just me, kind of the same approach. I always wanted to take M83, hip-hop beats, and combine them. And so that’s what I did. But yea, it is kind of a goofy name. Either you hate it, or you love it. I kind of like being in that polarizing place instead of just like forgettable. So for now it works. 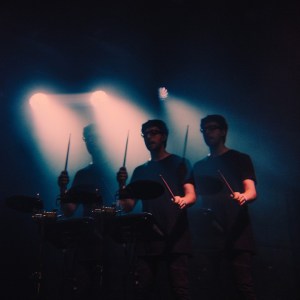 It was a pleasure meeting with Super Duper and getting a chance to get inside the mind and heart of a true talent. Show him some love by following him on social media handles linked before.